"Almost Maine" is a popular play being performed in High Schools, Colleges, and Community Theaters all over the United States. Towards the end of the performance, two of the main characters undress down to their long-handled underwear in a very funny strip-tease to the hilarity of the audience. Go see this fun yet provocative show!

Max Gonzalez and Kailey Martin show off
their red union suits during the rehearsal: 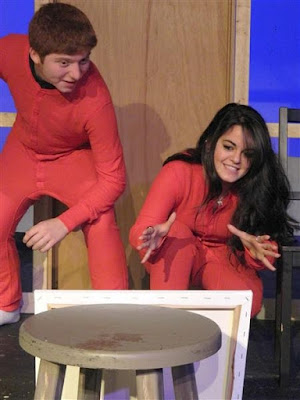 Almost, Maine, a play penned in 2007 by John Cariani, has become one of the most frequently produced shows in the United States. It was presented in the Mundelein High School Auditorium by MHS Theatre.


"Almost, Maine is a unique story," said MHS Theatre director Jonathan Meier. "I would describe it as a romantic fable. The play was originally written for four actors playing multiple roles, but MHS Theatre will be using a cast of 20. The play is made up of nine different scenes, following the lives of the residents of this small fictitious town in Northern Maine.

"These are solid, hard working folks who are all effected by the appearance of the northern lights, as they fall in and out of love on a cold, clear, moonless night in the middle of winter," Meier continued. The author has described it as a midwinter night's; it is funny, sweet, whimsical and poignant. Molly Whitaker plays one of the Almost residents. "I have loved participating in this production and am proud to share the stage with such a talented group of people." Whitaker explained, Almost, Maine is a true ensemble piece, with all of the roles being virtually equal." 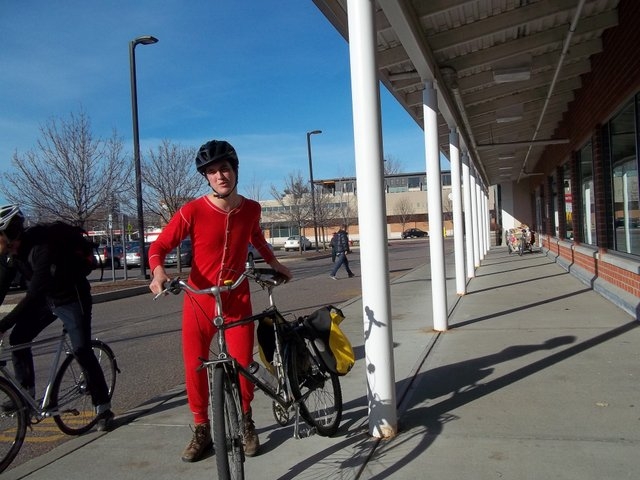 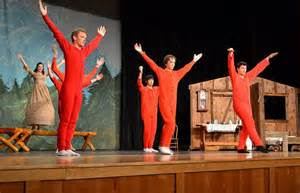 Six of the Brothers performing in
Seven Brides for Seven Brothers

Thanks to All Who Emailed Me Your Photographs !

Posted by Union Suit Fan at 3:28 PM No comments: