Union Suits were not Just for Baseball Players Like Babe Ruth but for Football Players too! Just Ask the Superior Underwear Company. 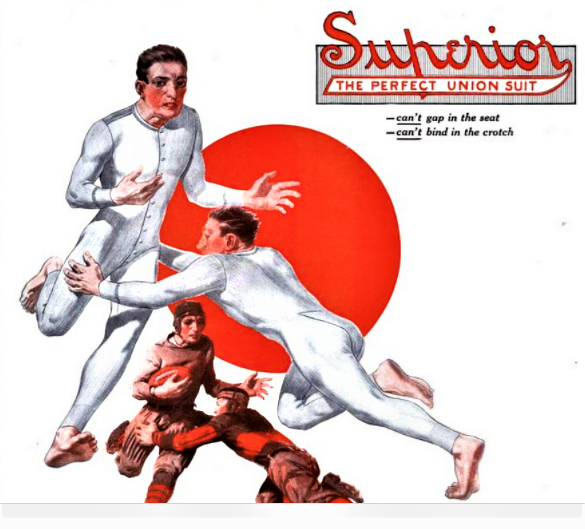 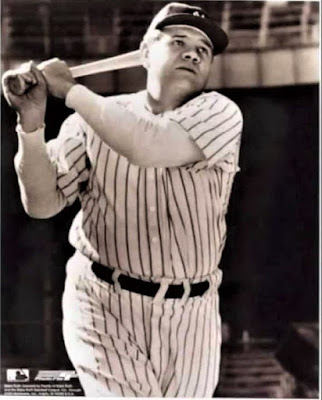 Decades before Jim Palmer pitched underwear in print and on the air and long before Yogi Berra and his sons, Larry, Curly, and Moe, I mean Larry, Dale, and Tim, argued in TV ads over white Jockey shorts and tee shirts (Yogi's preference) versus colored (the boys' favorite); and years before Steve Largent and his boy, Kyle, along with Lyle Alzado and his son, Justin, appeared in Hanes underwear on television; indeed, before a miriad of sports figures lent their names and prestige to the sale of underwear, George Herman Ruth, Jr (February 6, 1895 - August 16, 1948), "baseball's greatest", successfully sold Union Suits featuring his picture on every box. 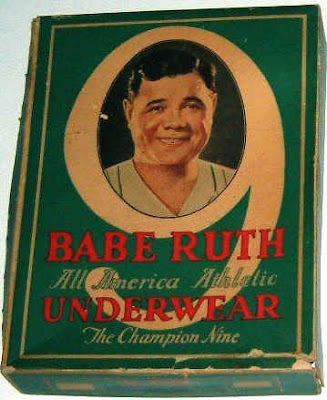 Certainly, “the Babe” was the most popular player in his time and still arguably one of the best baseball players of all time. He was widely known as “The Bambino,” the “King of Baseball,” and “The Sultan of Swat”. Due to his resounding success and popularity, he hawked everything from candy bars to chewing tobacco, cigarettes to shirts. And, yes, especially men's and boys' underwear. 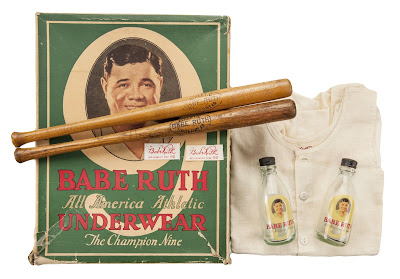 Many boxes included miniature, wooden 14" bats that were engraved with “Authentic Babe Ruth Underwear” on them. You could get a bat along with the purchase of long underwear!


You might say Ruth "drove in the run" that led to the acceptance of other sports greats hawking underwear to American sports fans! 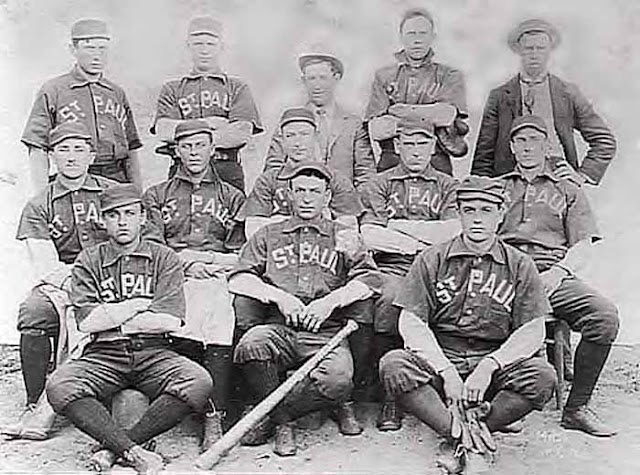 From the beginning of baseball in 1839 at Cooperstown, New York, players wore long underwear under their short sleeved baseball shirts. In the late 1800's, men and boys began wearing Union Suits under their uniforms like these players. It's a fact that red Union Suits were still being worn by many baseball players with the Cincinnati Reds and the Boston Red Sox well into the 1970's, maybe even later. Growing up and playing baseball in Idaho, I and other boys on my high school team wore Union Suits under our uniforms as well. Spring training and night baseball games were cool in the Rocky Mountains. 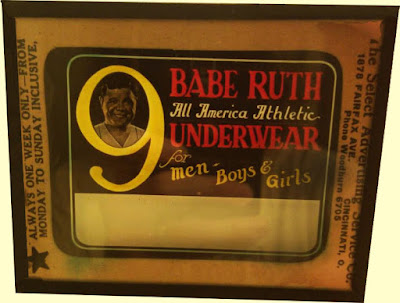 Babe's profitable advertising deals were drawn up by his (and baseball's) first major league agent, Christy Walsh. Walsh was an expert in negotiating lucrative endorsements rather than player contracts. Possibly the best deal made on behalf of the Babe was with McLoughlin Manufacturing Company of Kokomo, Indiana. McLoughlin made Union Suits and had been looking for a major sports figure to sell their underwear. So, at the height of his career in 1926, Babe signed on. He greatly helped the company sell millions of Union Suits to men and boys across America. The product was popularly called “Babe Ruth All America Athletic Underwear.” These Union Suits could be purchased with either long or short sleeved tops and long or short length drawers, or with short sleeves and long drawers.

Ruth's association with this company extended until his death in 1948. Sales of men's and boys' Union Suits went through the roof! The company even had a large water tower atop their building that spelled out in huge painted letters: “McLoughlin Manufacturing Company, Home of Babe Ruth Union Suits.”

Other Union Suit manufactures managed to sign Ruth as their underwear spokesman as well including Allen A and Sealpax and even Jockey. Sealpax Union Suits were produced by Rubin-Meltzer of New York. This company sold underwear, robes, night shirts, and pajamas. It appears that none of their clothing sold as well as “Sealpax's Babe Ruth Underwear” from 1926 through 1930. The motto of this long underwear was “Step Thru – Button Two.” They advertised their Union Suits with “a new one free – if this one rips!” 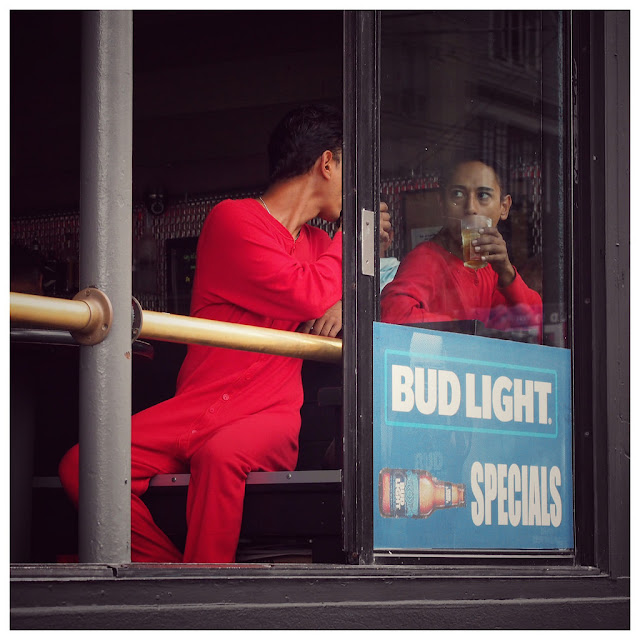 Sports fans clad in only their long red Union Suits enjoy cold beers while watching a baseball game from the upper deck.

Why Not Go to the Baseball Park in Your Bright Red
Long-Handled Underwear? Continue Their Lead! 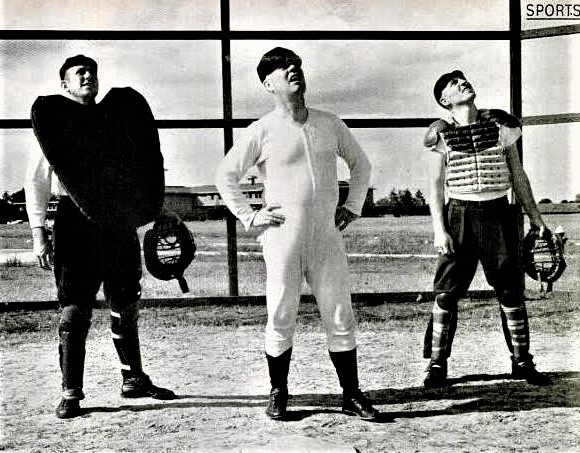 Ever wondered what baseball umpires wear under their uniforms. Well, George Barr of Sanford, Florida showed off his long underwear during Umpire School as featured in a Life Magazine article in 1947.

Bill emails: "I like this story about baseball umpires wearing union suits. I have seen this mentioned in other places. Baseball is my favorite sport. Maybe in another lifetime, I will come back as a union suit wearing umpire!"