Thanks to Robert and Robbie of Beatrice, NE for sending in these photos. Boys will be boys even when wearing their Union Suits! Good hearing from you!
Added July 13, 2017....Chris


When I first saw this photo of these fellas who had stripped to their Union Suits and climbed up into this tree, I couldn't help but being reminded of an old Frank Sinatra song my mom use to listen to. It was called "Button Up Your Overcoat."

The music was written by Ray Henderson and the lyrics by B.G. DeSylva and Lew Brown. The song was published in 1928, and was first performed by Ruth Etting. Probably, the most famous rendition of this song was recorded in early 1929 by Helen Kane, a vocalist who had a voice like Betty Boop. According to Wikipedia, from January 9, 1929 to December 21, 1929 Jack Haley and Zelma O'Neal sang "Button Up Your Overcoat" on Broadway in the musical "Follow Thru". They reprised the song in a theatrical release which opened on September 27, 1930. It was also one of the first movies in Technicolor.

What did buttoning up your overcoat have to do with the admonition to wear your long "flannel underwear"? Well, here are the Lyrics:

Eat an apple every day
Get to bed by three
Oh, take good care of yourself
You belong to me

Wear your flannel underwear
When you climb a tree
Oh, take good care of yourself
You belong to me 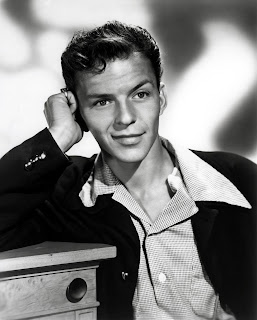 I remember this song being sung by ole blue eyes himself although to my knowledge he never performed this song in his long "flannel underwear."  Frank did appear in a red Union Suit frequently in the 1970 nearly forgotten movie, "Dirty Dingus Magee." 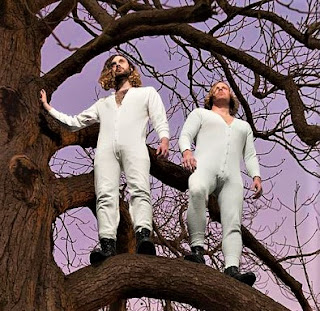 So, why did the dudes climb a tree in their long-handled underwear? Just for the heck of it? Comradery? Smokin' dope? Too many beers? Only they know for sure. But if you have ever run around outside in your Union Suit you know how exhilarating it can be.

Many of us guys like to share our Union Suits outside in the world. How about you? Send me your outside Long Johns photos and stories to me at  cayersnd@gmail.com