You know, Koppy wasn't the only super hero who wore a red union suit. Warren Wirthington III did too! 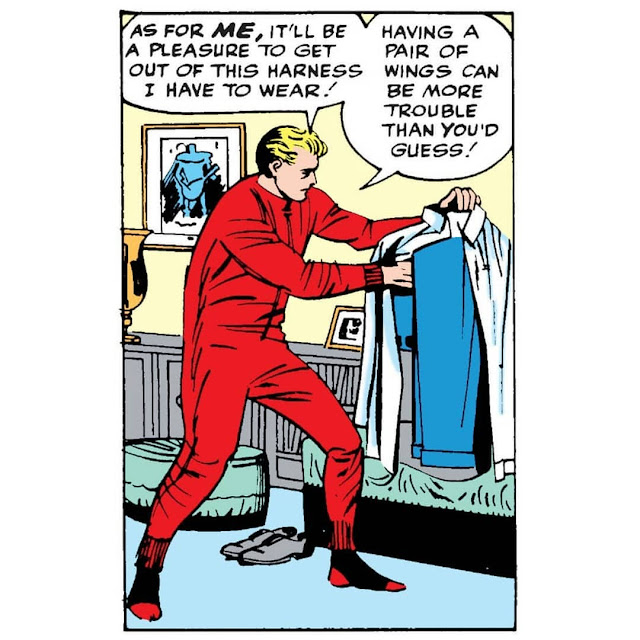 Later known as X-Man Angel, Warren was a mutant who had grown wings on his back. The red union suit he wore aided in the concealment of the wings as a "regular" human when wearing a business suit and other clothes. 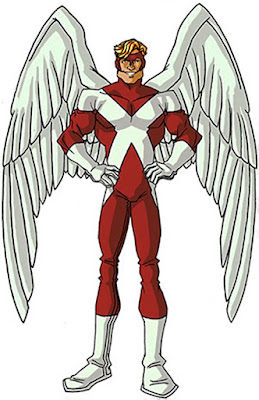 Angel was created in September, 1963 as one of the original X-Men in The X-Men #1. X-Men was affiliated with American Comic Books. This heir to the Worthington family fortune was created by Stan Lee who died recently. The Marvel Comic artist who drew Angel and his exploits was Jack Kirby. In the 1980's Angel transitioned into a darker, more brooding character and was then known as Archangel. But even then he wore long red underwear when not flying around having adventures.