Grandpa Gets Kidnapped In His Underwear!
By Guest Contributor, Conrad of Ft. Collins, Colorado

Although he didn't think it funny at the time, grandpa always got a big kick relating his shivaree escapade. We grandkids loved this story. Grandpa and grandma were married in February, 1925. They didn't have enough money for a honeymoon. So, after their wedding at a little country church, they went home to a small one bedroom rental house on a farm near Grand Island, Nebraska to start their life together. They were third generation farmers; agriculture would be their life.

Late that Saturday night they were awakened by raucous, noisy family members and friends, yelling, singing and beating on pots and pans. This friendly mob marched around the matrimonial house, knocking on the windows, generally raising cane... it was a shivaree! This celebratory behavior on a couple's wedding night was common in the late 19th and early 20th centuries.

Homes didn't have door locks back then and no one would have a key if they did. After about twenty minutes, grandpa's three older brothers barged into the couple's simple abode and headed for their bedroom. Since he was but a skinny, nineteen year old boy at the time, grandpa was not much of a problem for his bigger brothers.

They dragged grandpa out of bed even though he struggled mightily, pushing and pulling him out of the house in his long underwear. Like all men and boys of his time, he wore the common one-piece union suit which buttoned up the front and featured a drop seat in back. He told us years later that he tried to grab his overalls on the way out but his brothers prevented him from doing so. Outside, the older boys hoisted him up on their shoulders and carried him barefoot and in his underwear around the yard in front of about thirty of his guests, everyone cheering and singing the whole time except for grandpa, that is. He saw nothing to cheer about. Grandma in her nightgown watched the shenanigans from the front window. 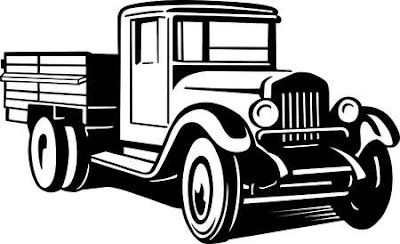 One brother broke off from the party, re-entered the house, and grabbed grandpa's boots but not his clothes. Back outside he shoved the boots on grandpa's feet. The boys then loaded him into their truck and all climbed in. The three big brothers and their skinny, shivering "prisoner" drove off to Grand Island. Once they got to town they marched the poor, tired boy up and down main street in his union suit.

Quite a crowd of onlookers had gathered by this time enjoying the show. Soon the town police officers came driving up in their patrol car, red lights flashing. With a dramatic flare they tapped their siren. These men meant business. One of the officers was the boys' cousin. He was in on the joke but grandpa didn't know that at the time. Cousin Omer asked grandpa why he was running around town in his underwear. Grandpa's brothers melted into the crowd as he tried to explain that he had been kidnapped from bed by his ornery brothers on his wedding night, was not allowed to get dressed, and had been paraded up and down the street for the past hour in his long johns.

If Omer had been just any other cop, he would have recognized a shivaree when he saw one and let grandpa go. But no, it was too much fun to see his young cousin standing there stammering in his union suit in downtown Grand Island.

This cop said with a straight face that he couldn't have citizens loitering in public in their long underwear. He would have to take him in. Since they were cousins, Omer told grandpa if he behaved he would not place him in handcuffs. In disbelief grandpa ceased his protestations and, still in his union suit, quietly allowed himself to be led through the crowd to the police car.

Arriving at the police station, Omer had grandpa sit down on a bench in the front room rather than escorting him back to the overnight jail cells. He would be booked for disorderly conduct. Since it was a busy Saturday night, this process would take awhile. For a couple of hours, grandpa sat there red-faced in his long underwear. Officers and offenders walked in and out looking at the forlorn kid stationed there on his wedding night away from his young wife. 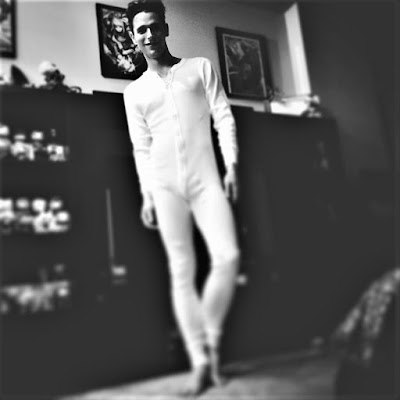 Finally, Cousin Omer took pity on the poor, dejected boy, loaded him back up in his car and drove him home exhausted, back to grandma.

What a story, a true classic. Thanks, Conrad... Chris