Tom and RC Play the Course

This past football season, my pal RC broke his number one rule when it came to wagering. His mantra "I only bet on a sure thing” went down in flames. This fan's love of the Denver Broncos football team clouded his oft repeated promise to himself and others. So last August I was easily able to convince him to make an ill-advised wager. RC thought the Broncos had finally turned the page. What with their obtaining a new coach coupled with the hiring of the older but very successful quarterback, Joe Flacco, previously of the Baltimore Ravens, the team would surely win more than lose this year. Maybe even make the playoffs as a wild card team.

Over the past twelve years, RC and I had bet four previous times. He had won two bets and I two. This year was the tie-breaker and we agreed the loser would play 18 holes of miniature golf in a union suit. As usual the loser's long underwear would be bright red.

At first, RC offered, "Denver will go 8 and 8," eight wins and eight losses. I indicated that his staying on the fence was not going to cut it. I told him, “get off the fence and don't tear your drawers doing it.” Rebuked, he eventually agreed to bet his Broncos would end the season with ten wins and six losses. I took that bet. You bet I did, 10 and 6? Ha! Not a good wager for RC.

By the time the season was half over, it was evident that the Denver football team would not only miss a ten win season, they wouldn't even make it to 8 and 8. And so, it came to pass. The ponies would miss the playoffs again in 2019. Poor pony fans and poor RC. He now had lost three of our five wagers! How about some pictures of RC playing golf in his union suit... 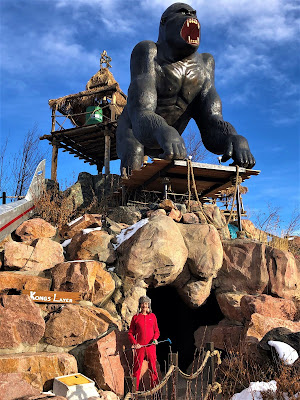 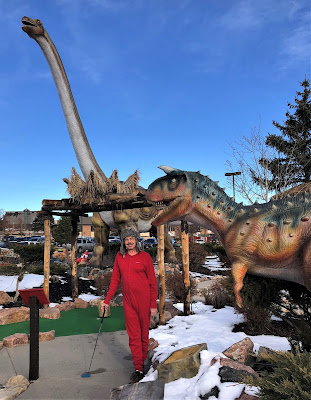 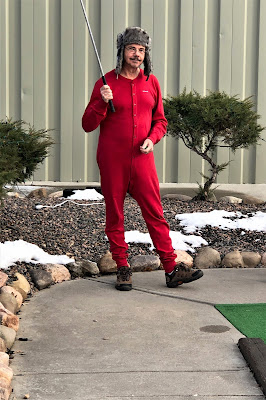 Thanks Tom and RC!  You boys sure know how to settle a bet! See RC in Tom's previous "wager" contributions to this blog: 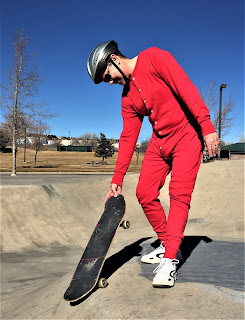 Hey Chris, RC isn't the only one who goes to the office in his long-handled union suit. How 'bout this guy? Looks like he and RC may be related right down to their red union suits, caps, socks and goatees. My question, just how much work can you get done in your long underwear?! 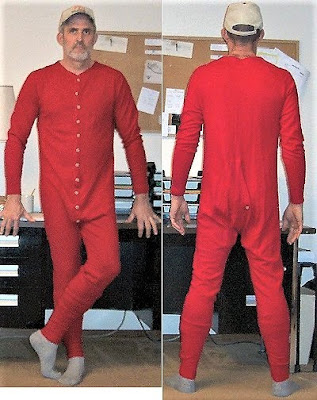