Like me Rick O'Shay, cowboy comic strip hero, had his problems with frozen long underwear too. After marrying, one day his wife washed his union suits and hung them outside on the clothesline to dry. It was winter time. Soon she got busy with other marital duties and forgot to bring his underwear back inside. Oh-oh! The next morning, Rick hollered downstairs asking Gaye where his clean long johns were: 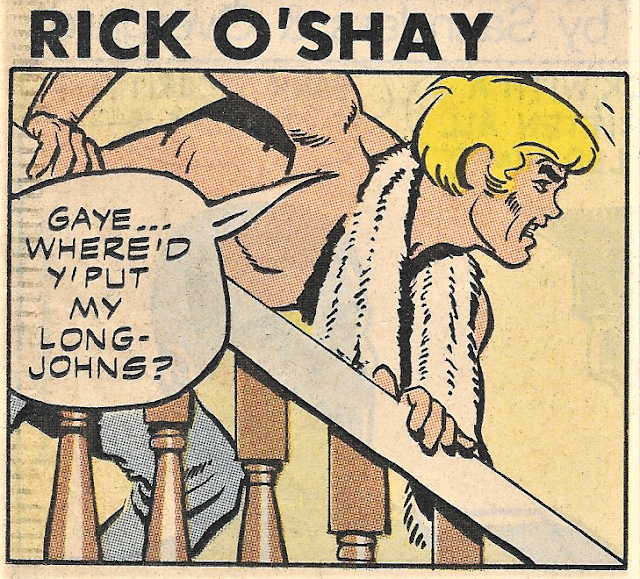 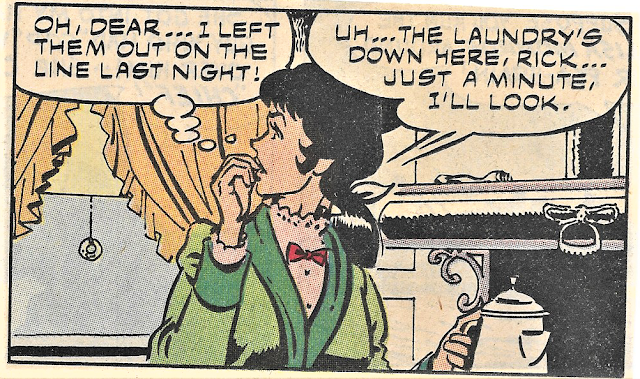 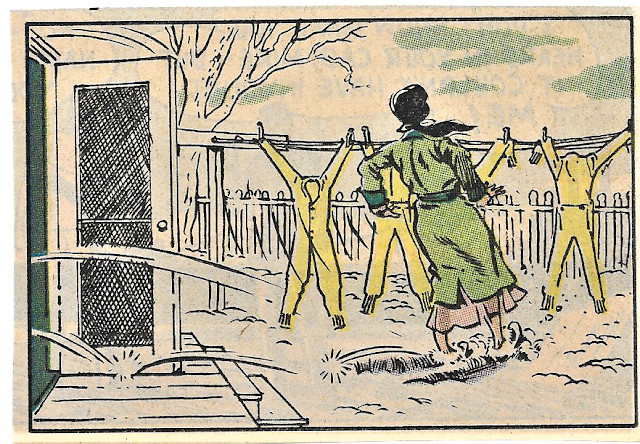 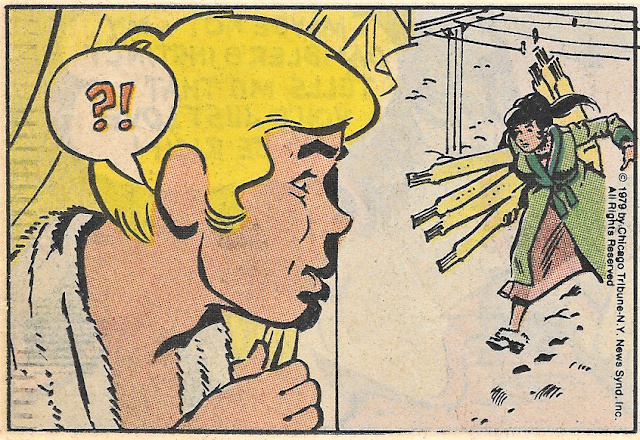 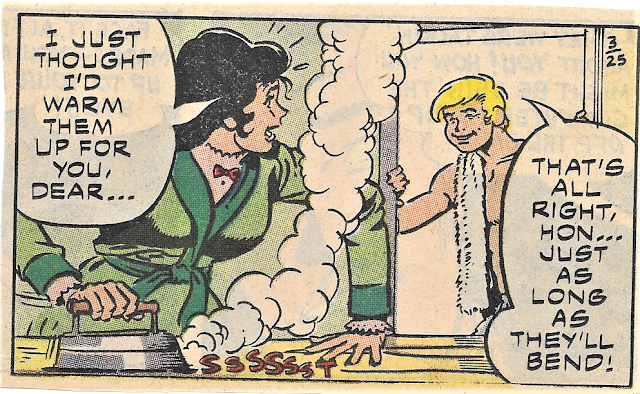 Newlyweds adapting to life with each other. All's well that ends well.

Added July 15, 2018: Several Union Suit Fans had previously sent in their comments regarding long-handled underwear hanging outside with the rest of the wash:


Oynneb sent me this note:
“Growing up, I saw many union suits hanging out on clotheslines on wash day. It was no secret that the man of the family and quite often his sons were union suit wearers. I grew up in the 50's and 60's and a lot of the houses still did not have central heating. We had a gas on gas kitchen stove and a Moore heater in the living room. The bedrooms were cold. Things change, but some of us still enjoy the comfort of a Union Suit, I know I do.”

And Clay of Saranac, NY emailed:
"Isn't it interesting that the only items hanging from Hoover's clothesline is a bed sheet, a wash cloth, and his union suit. My wife still hangs our family's clothes outside and we have a lot more clothes hanging than those in the painting (Grant Wood). BTW: My neighbors love to jazz me about my union suits hanging out to dry! No matter, I'm warm."

San Antonio John had this to say:
“My mom hung my union suits on the clothes line since she discovered that the dryer shrunk them. I didn’t have neighbors poking fun at them since we lived in the country, but I always hoped no friends would show up when they were hanging out in the back yard.”